Sven Boekhorst is an athlete in a league of his own. As a professional skater he knows his way around on his Rollerblade® skates. If you haven’t seen his Cityhopper videos you have been living under a rock. Aside from his stunts, Sven can also finish a marathon. Last year he teamed up with Ippolito Sanfratello to race against Greg Mirzoyan and Jorge Botero. Sven and Ippolito didn’t  take the win but finished in an impressive time of 1 hour and 21 minutes. This year Sven challenged himself and we spoke about this with the Rollerblade® ambassador.

Q: Coming from the streets and park, how do you feel when skating long distances?
A: I’m feeling pretty comfortable. It reminds me of when I started inline skating 21 years ago. As you know ice skating is a very popular sport in the Netherlands. When I started skating I was speed skating on ice. I wanted to feel like some of the ice skating pro’s on television back in the day. We were organizing our own little races in the neighborhood. I never thought 21 years later I would be racing in a marathon.

Q: How did you train for this year Berlin Marathon?
A: I trained two or three weeks before the marathon last year. I wanted to be in better shape this year, so I started 1 1/2 months ago and included running. I didn’t feel that good running, so I switched to inline skating only. I skated 3 times a week, and focused on a distance of 21,5 KM each time. This was the perfect training for me. Maybe next year I’m going to ask some advice from Jorge and start training even earlier.

Q: Did you do any other workouts?
A: Normally I hit the gym two or three times a week but during my training for the marathon, I was mainly on my skates. The only other workout I did was running but this was mainly if it was raining.

Q: You skated the race solo this year. Did you have a strategy?
A: Last year I learned a lot from what Ippo and Jorge were telling me. The most important thing I remember was: Try to go fast in the first 10km and make sure you are with a fast group.  It was a good thing this was my second marathon. I already had the experience from last year. This year I had to do it on my own, so I was afraid to be completely dead half way through the race. The strategy I chose worked out pretty good for me. Choosing the right group of skaters gave me a lot of motivation; the group kept me motivated all the way to the finish line.

Q: Overall feeling or experience about the Berlin Marathon?
A: The whole feeling of flying over the road with 5.500 inline skaters through city centre of Berlin is just great. And in a way it’s like the final of your training. I have worked to this moment and during the race you can finally see how fast other people were doing it, and of course my performance compared to them. Pretty funny to see was that at the finish I was completely surrounded with skaters in spandex race suits and carbon skates. I can imagine what they were thinking: What is this guy in shorts and Rollerblade® Maxxum skates doing here.

Q: Did you set a goal for yourself?
A: As I did not do my own race last year I had no time to beat. But I had 1 goal: I wanted to beat my sister, Ben and Greg to the finish line :-). It would also be very cool to reach my time of last year when I raced together with the help of Ippo. 3 minutes more on my own, very proud of that

Q: Are you racing again next year, and why?
A: 100% yes. And I hope I can get some friends of me to join. Already made an agreement with my sister to go training more for next year :-) 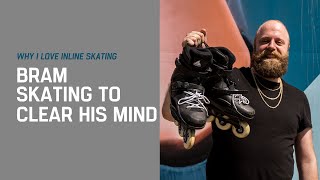 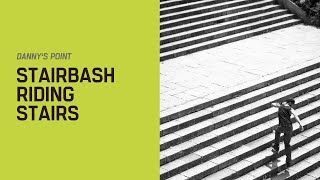 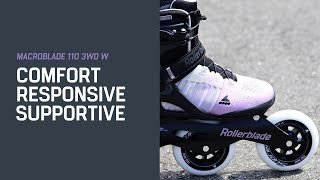