Meet Daniel Ilabaca; Rollerblade® freeride athlete who also has serious skills on sneakers. Daniel is world travelled and well known for his parkour stunts. He has an amazing ability to move and interpret open spaces with and without his inline skates. Time to have a good talk with Daniel.

Daniel we know you from the series "Freeskating Meets Parkour" which was filmed with Danny. How did you initially develop your skills?
I've always been physically active from the moment I can remember, never stopped bouncing off the wall whilst going grocery shopping with my mother! It didn't help either that I was a little too young to play out with my two older brothers on the streets as a kid. That definitely added to the intensity of wanting to explore more beyond the boundary line my father had set in place!

My older brothers actually started inline skating back in the early nineties and I still remember going into the city one time to find out that my parents where purchasing a pair of aggressive skates for my brother Chris and crying about it!

Eventually after a bit of D.I.Y my eldest brother Nathan crafted me a fresh looking pair of non aggressive - aggressive skates made out of kids recreation skates by screwing a grind plate to the side and a H-block in the middle. He is always been the one to make something out of nothing! To finish that chapter my days inline skating consisted of grinding my dad's ladder in the back garden and going to @Rampworx every other day!

Long story short I later discovered in more depth about Parkour when I saw the French men jumping on rooftops for a TV program called "Ripley's believe it or not". Fast forwarding 20 years of Parkour traveling the world teaching and working on movies, I got asked to be a Cinematographer for a commercial in Kiev Ukraine back in 2017 for a Eurosport ice hockey Commercial. The moment I touched the ice it rekindled a flame in my heart as I realised how much I missed inline skating.

The moment I got home I went online and began researching free skating, with one thought, wanting to go fast! Not long after purchased a pair of Twister 80’s and a few videos from Danny Aldridge I was off! It's absolutely amazing starting again with what is now a fresh new perspective on how to view moving through open spaces from my parkour years. I've discovered that childlike wonder again and realise the possibilities are endless.

There are a lot of similarities between freeskating and parkour. How does this affect the way you move when practicing your sports?
Parkour and freeskating where made for one another in my opinion, and it's my aim over the next few years to bring to light In the minds of those whole practice parkour the necessary steps that should be made to make the two apart of ones daily life. With everything becoming more electrical these days Freeskating is definitely something I'd recommend when it comes to transport and increasing leg strength for your sport.

You and Danny are a great team. We released two video parts of Danny and Danny "Freeskating Meets Parkour". Part 1 is shot in Barcelona. How did this video idea come to life?
After our purchasing the Twister 80s and hitting the streets, it wasn't long until the Twister edge x hit the market place and being a huge fan of design I had to reach out and mention how great they looked. This later began many discussions as I began sharing my journey with the Rollerblade® team with mutual interest. Side note, it's actually been amazing how receptive and embracing the company has been towards my enthusiasm for inline skating, it wasn't long before I was in talks with Danny about the idea of meeting up to go explore. This later began talks about an invitation to Barcelona to meet Danny for a weekend of exploring! Thus came to pass, Danny and Danny part 1!

The second "Freeskating Meets Parkour" is filmed in London where you have lived for some years. Other than the location, in what way was this different than the first video?
Hitting the street of London for Part 2 of Danny and Danny was amazing, this was a great opportunity to show Mr Aldridge more of how I perceive the environment from my experience in parkour. Although we never hit up a lot of the famous parkour spots.

We certainly made something of our time together! Personally I wanted it to be not only about showing him the world I'm from but like Barcelona, exploring with new eyes together. So I did my research into brutalist architecture in and around London which is ideal for parkour and a came across some really interesting location which we later explored.

Unfortunately day 1 of a 3 I heavily bruised my Heel overshooting a dive catpass! Parkour terminology haha! That hindered me on the rest of the shoot as I could barely do the thing I wanted. Besides the setback we managed to complete the weekend of exploring London with some great memories and interesting lines.

If we do some math…will there be a new episode with Danny and Danny soon?
Yes it is that time, Part 3 of the series! I want to say there's a lot in mind for this one as I mentioned earlier, I want nothing more than to play a role in inspiring parkour athletes to consider inline skating as an extension of what they already love and experience. There's whispers about inviting more athletes from The parkour world. Exciting stuff!

Some with a background in inline skating and others who are trying it out for the first time, personally I'm really interesting to what comes of this, How well can parkour practitioners adapt?  No doubt it will be action packed weekend away full of good vibes. Will have to wait and see! 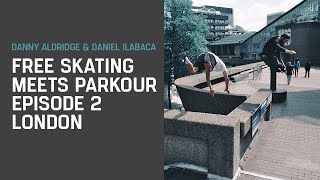 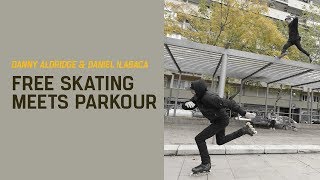 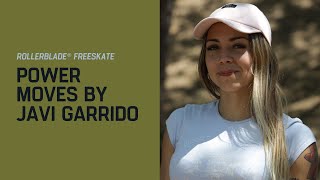 Ralph Nauta from DRIFT: The Impact of Inline...... 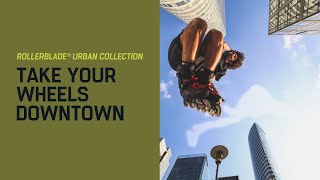