Jorge Botero skated the Northshore Inline Marathon in a time of 1:14:16 and reached his goal of finishing under 1:15:00. So Jorge was up for his next challenge: The Berlin Marathon. A new race, a new goal. Jorge aimed to finish this race in a time under 01:10:00 (1 hour and ten minutes). This is how the race went down.

After his success in Duluth Jorge once again strapped on his Macroblade 100mm skates. The strategy was to start with the elite group and sprint with them in the beginning of the race, a very fast and powerful start. After the start he would settle in a group with a consistent and comfortable speed, and would lead them if needed. This is how the race went down.

Jorge:
The start surprised me, because the elite group was very big. This also made me very excited cause this would help me line-up/draft to reach my goal for this race. The women elite started 4 minutes ahead of us so that could also bring opportunities for the drafting strategy later in the race.
The circumstances are great; racing in the middle of Berlin between tall buildings decreased the power of the wind. The start was good and completely as planned. In my first kilometre I passed more skaters than I could have count, at least 50. Very soon I experienced huge gaps and groups started to appear. At around 3KM I adjusted my speed and joined a group. Turned out the group was an incredible pack of skaters. Our average speed was about 41K/H, with more than 50 skaters!
I kept my goal in mind and would only lead the group if the velocity would jeopardize my time. So I led the group a couple of times. It was very satisfying to know I could go to any position in the group when needed. I am in good shape and have the right technique to do this, even though I skate on 100mm Hydrogen wheels and the other competitors skate on110mm or 125mm wheels. I felt in control and was at ease.
At 5KM ahead of the finish line we could see the elite women group. I skated to the front and closed the gap between us. Now the group was mixed and consists of more than 65 skaters, I adjusted my speed to gain power for the finale. In the last kilometre I lined up in the front to position myself for the sprint. I already knew the time was not an issue anymore based on my checkpoints. So it was head-to-head now and all about the sprint. In the sprint I came up third from everyone in my group.
Yet again I have reached my goal. Finishing in 01:07:16 is very exciting for me. I am happy to have shared this experience with my Macroblades 100mm and all the other skaters that also: Push themselves to the edge. 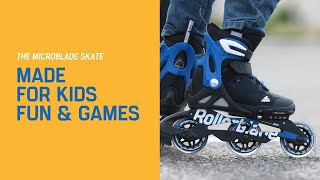