As skiing is a seasonal sport, downhill skiers face the challenge every year of how to keep their skills sharp and their muscles strong during the spring, summer and fall. Enter inline skating! Offering immense training benefits to skiers, due to the similarity in technique, speed, intensity and muscle work, inline skating presents a challenging and fun option for winter athletes in the off-season. Rollerblade®, the leading inline skate brand, works personally with many skiers to create “dry” training routines on their high-performance skates in hopes these athletes will keep their edge while they’re off the mountain. The 2010 study, The Application of Rollerblades in Alpine Skiers Training by University of Belgrade’s Robert Ropret*, concludes that inline skating is, in fact, the ideal dry land training activity for ski enthusiasts and competitors alike.

MOVEMENT
Inline skates on dry land can successfully mimic movement in the snow. The dynamic balance, body posture, weight shifting and rhythm needed to control skis in the snow (moving downhill, changing direction) are strikingly similar to those needed to navigate inline skate wheels. Changes in slope, speed, and surfaces – they all translate! The small diameter of inline skate wheels require similar amounts of force for control as downhill skis. When evaluating a sample-sized group for The Application of Rollerblades in Alpine Skiers Training, study administrators saw that width of posture, gait and body inclination between alpine skiers and inline skaters closely resemble each other.

MUSCLES
The same study demonstrated the correlation between muscle groups used in skiing and inline skating. Muscles in the leg, hip, knee and ankle are critical for both activities. Rotations of the thigh and load distribution of the inner/outer leg are perhaps the most important foundational skills in both skiing and inline skating. Hip and knee extensors facilitate load transfer, while ankle muscles work overtime to stabilize. While the 2010 study shows differences in intensity in muscle groups throughout activity (such as skiers using more of their forefoot while inline skaters rely more on their heels), the overall cooperation of muscles is highly similar.

SPEED
Given the slickness of ski on snow versus the higher friction of wheel & asphalt, researchers for The Application of Rollerblades in Alpine Skiers Training found that skiing proves to be a much faster activity than inline skating. But the study also suggests that changes in inline skating wheels (smaller diameter, improved bearings) could shorten this gap. Rollerblade has developed its newest high-performance inline skates with this in mind. Its  Macroblade 90, Macroblade 100 and Maxxum 100  now offer more speed and control to benefit skiers in training.

Why I Skate / Brennan Rubie

Why I Skate / Henrik Lampert

Why I Skate / Doug Lewis

Why I Skate / Katie Ryan

Why I Skate / Marcus Caston 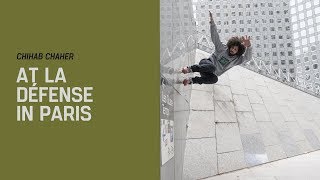 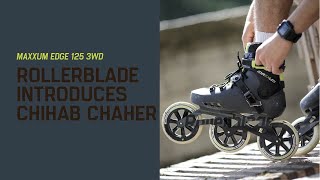 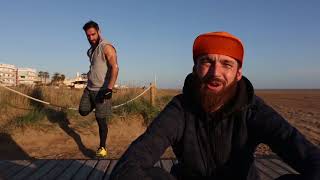